The launch of the Crypto Council was propelled by the massive surge of cryptocurrency prices during the past few months. The total market capitalization has almost reached $2 trillion for the first time ever.

The Crypto Council for Innovation will play a big role in the upcoming regulations of cryptocurrencies. Fred Ehrsam, Co-Founder of Paradign and Coinbase’s former president stated:

Crypto is at a mainstream inflection level. It’s in its very early levels and, very similar to the web (as soon as was), it’s very fragile whereas it’s in that stage.

What’s the next step for the cryptocurrency market?

Having reached a $1.99 trillion market capitalization, this crypto run makes the 2017-18 rally look like nothing in comparison. On January 8, 2018, the crypto market reached $770 billion in market cap from a low of $21 billion at the beginning of 2017.

Although $2 trillion might seem like a lot, Apple alone holds about $2.1 trillion in market capitalization. Gold, on the other hand, has reached $11 trillion, which means there is still a lot of room for Bitcoin and cryptos, in general, to go up. 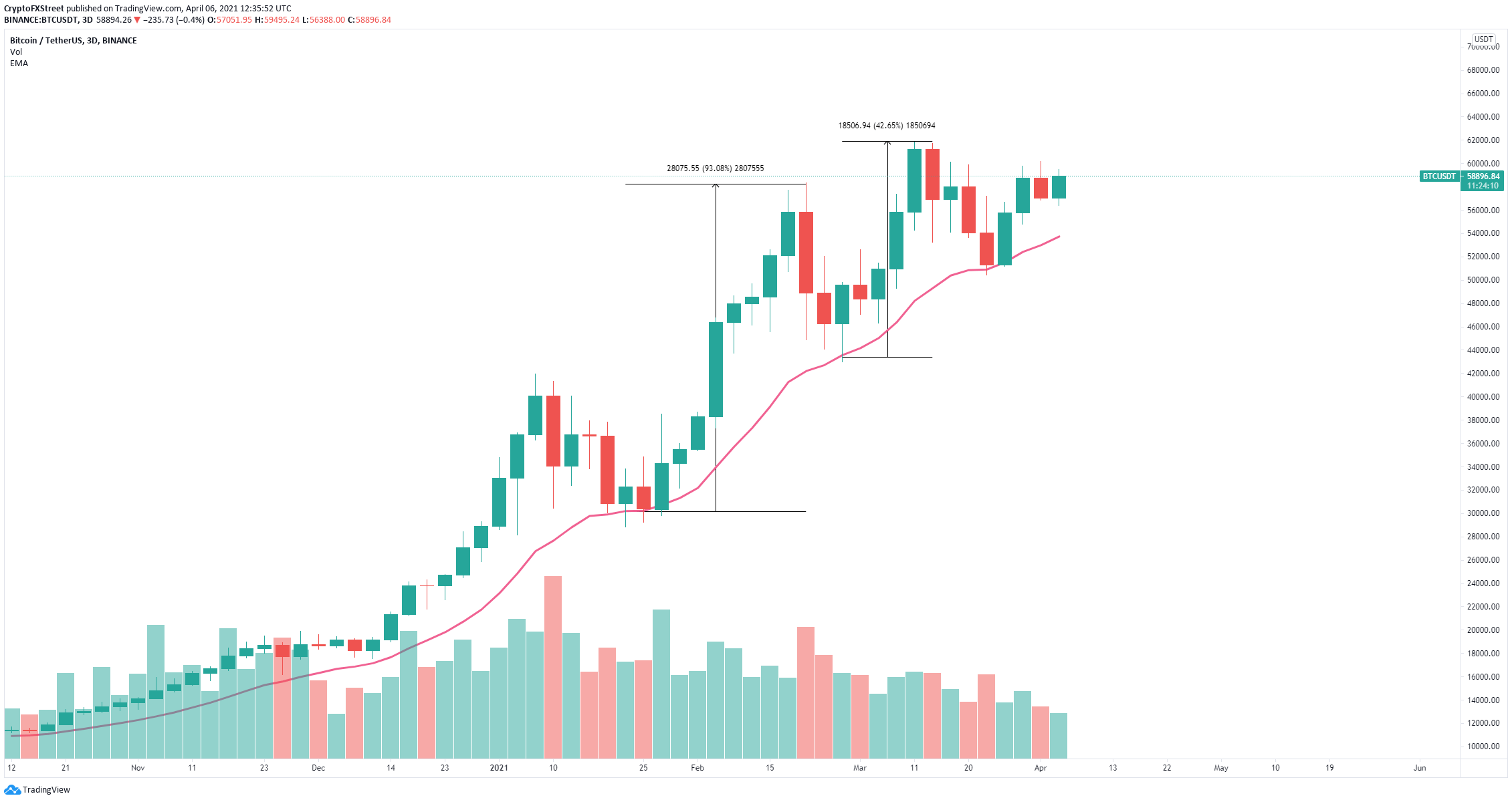 Bitcoin is trading at $59,000 at the time of writing, close to a new all-time high. The digital asset has just defended the 15-EMA on the 3-day chart, which has proven to be an accurate indicator of huge bounces.

The past two times that BTC held this level, the digital asset rebounded by 93% and 42% respectively. On March 26, BTC defended it again, which means that a new leg up is nearby.