Ether, the native token of Ethereum’s blockchain and the second-largest coin by market value, is trading above $3,500 for the first time since May 18, CoinDesk 20 data show.

The cryptocurrency has gained 4.5% in the past 24 hours. The advance confirms a breakout from the recent two-week trading range of $3,000 to $3,400, setting the stage for an extension of the bullish move from July lows near $1,800.

Data tracked by crypto intelligence platform OKLink shows Ehereum burnt 12,000 ETH on Tuesday, a daily record for coins destroyed since the implementation of EIP 1559 on Aug. 5. Of the total coins destroyed, the NFT market OpenSea accounted for 2,000 ETH. The EIP 559 has destroyed nearly 40% of the coin issued since activation. 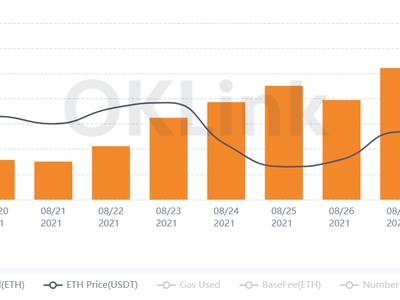 Alex Svanevik, CEO of blockchain data company Nansen, also cited the NFT boom and the resulting decline in the net ether issuance as a bullish catalyst along with the continued rise in the amount of ether staked in the Beacon chain, which introduced proof-of-staking to Ethereum’s blockchain last December. Glassnode data show there are now more than 7 million ether worth $24.8 billion held in the deposit contract for the Ethereum 2.0 Beacon chain. As discussed yesterday, analysts expect the combination of these factors to lead to a supply crisis in the ether market.

The market sentiment may have received a boost from Offchain Lab’s rollout of Arbitrum One, an Ethereum scaling solution that uses optimistic rollups technology to process transactions at a higher speed and lower cost than the Ethereum mainnet.

Indeed, Arbitrum facilitating relatively low-cost transactions could mean ether burn. However, along with other scaling solutions such as Polygon, the project will help ease Ethereum network congestion and bring long-term value to the smart contract blockchain. Arbitrum’s mainnet went live on Tuesday.

While ether is gaining altitude, bitcoin remains locked in the narrow range of $46,000 to $50,000. According to Delphi Digital, blockchain data shows continued accumulation by holders amid the range play.